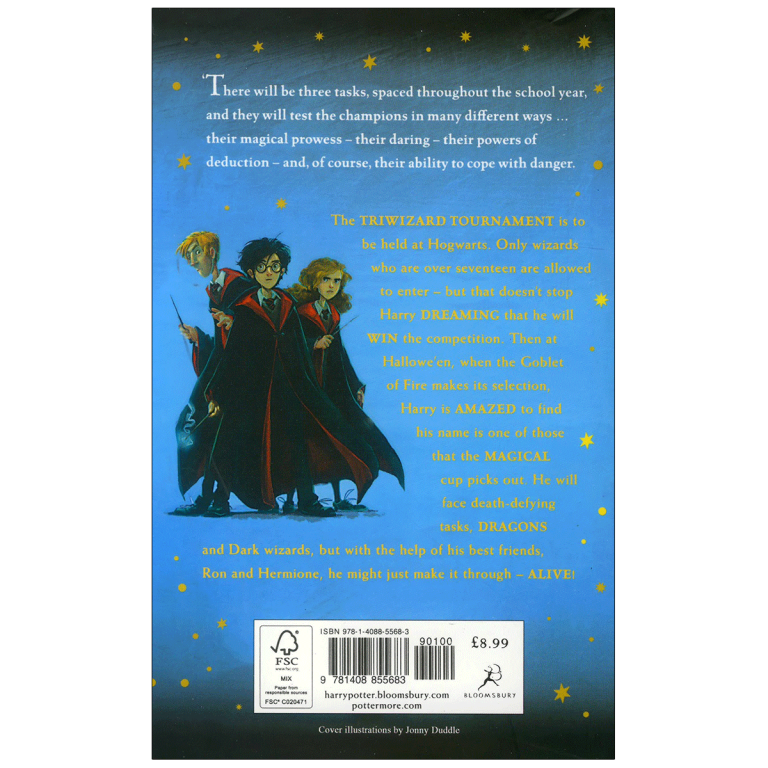 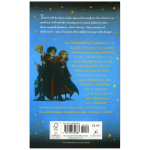 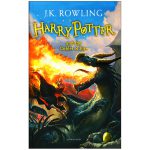 Harry Potter is midway through his training as a wizard and his coming of age. Harry wants to get away from the pernicious Dursleys and go to the International Quidditch Cup. He wants to find out about the mysterious event that’s supposed to take place at Hogwarts this year, an event involving two other rival schools of magic, and a competition that hasn’t happened for a hundred years. He wants to be a normal, fourteen-year-old wizard. But unfortunately for Harry Potter, he’s not normal – even by wizarding standards. And in his case, different can be deadly.

In our Best Books citation, PW wrote, “The fourth Harry Potter adventure, centering on an inter-school competition, boasts details that are as ingenious and original as ever. A spectacular climax will leave readers breathless.” Ages 8-12. (July)
Copyright 2002 Reed Business Information, Inc.

“I’m relieved to report that Potter 4 is every bit as good as Potters 1 through 3 . . . The fantasy writer” job is to conduct the willing reader from mundanity to magic. This is a feat of which only a superior imagination in capable, and Rowling posses such equipment.” – Stephen King, The New York Times Book Review

“J.K. Rowling proves once again that she is a riveting storyteller . . . the kind of reading experience that has you charging headlong through the book, oblivious to the outside world.” – The Philadelphia Inquirer

“As the midpoint in a projected seven-book series, Goblet of Fire is exactly the big, clever, vibrant, tremendously assured installment that gives shape and direction to the whole undertaking and still somehow preserves the material’s enchanting innocence . . . This time Rowling offers her clearest proof yet of what should have been wonderfully obvious: What makes the Potter books so popular is the radically simple fact that they’re so good.” – Janet Maslin, The New York Times

“An engaging novel that is compelling, accessible, and impressively even in quality . . . Rowling has the rare ability to take children’s fantasy worlds and their workaday worlds with equal seriousness, and she speak to both in Goblet of Fire.” – The Boston Sunday Globe

\\ “The fourth Harry Potter adventure, centering on an inter-school competition, boasts details that are as ingenious and original as ever. Surely catching readers off-guard must get more difficult with each successive volume, but somewhow Rowling plants the red herrings, the artful clues and tricky surprises that disarm the most attentive audience. A spectacular climax will leave readers breathless.” – Publishers Weekly, Best Books of 2000

\\ “Harry’s fourth challenging experience will more than live up to his myriad fans’ expectations . . . the carefully created world of magic becomes more embellished and layered, while the amazing plotting ties up loose ends, even as it sets in motion more entanglements . . . Let the anticipation begin.” – Booklist, starred review

“Another grand tale of magic and mystery, of wheels within wheels oiled in equal measure by terror and comedy, featuring an engaging young hero-in-training who’s not above the occasional snit, and clicking along so smoothly that it seems shorter than it is.” — Kirkus Reviews

“J.K. Rowling has done it again. Harry Potter and the Goblet of Fire is a marvelous book.” – The San Antonio Express-News