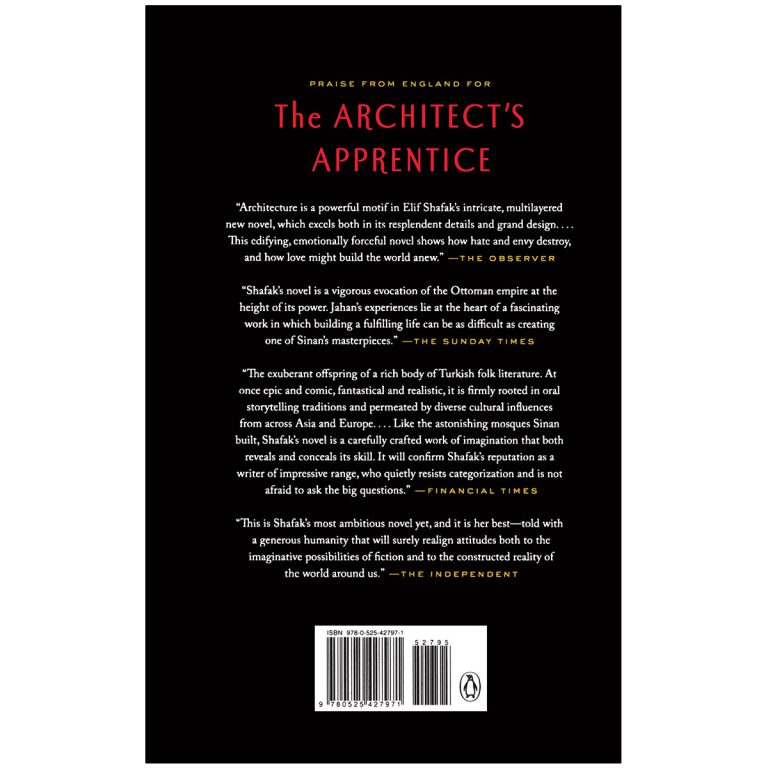 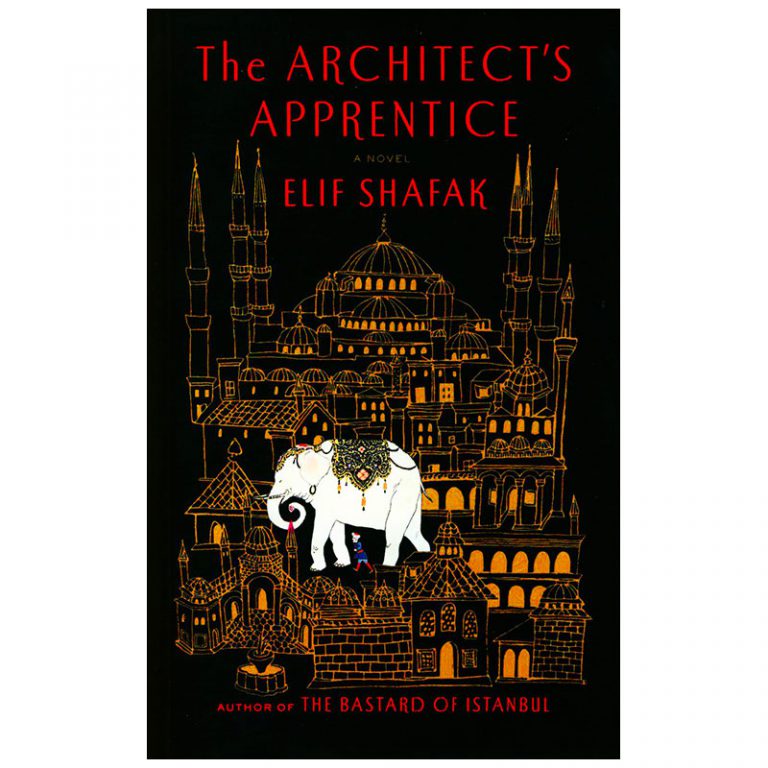 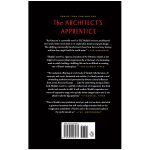 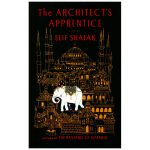 In her latest novel, Turkey’s preeminent female writer spins an epic tale spanning nearly a century in the life of the Ottoman Empire. In 1540, twelve-year-old Jahan arrives in Istanbul. As an animal tamer in the sultan’s menagerie, he looks after the exceptionally smart elephant Chota and befriends (and falls for) the sultan’s beautiful daughter, Princess Mihrimah. A palace education leads Jahan to Mimar Sinan, the empire’s chief architect, who takes Jahan under his wing as they construct (with Chota’s help) some of the most magnificent buildings in history. Yet even as they build Sinan’s triumphant masterpieces—the incredible Suleymaniye and Selimiye mosques—dangerous undercurrents begin to emerge, with jealousy erupting among Sinan’s four apprentices.

A memorable story of artistic freedom, creativity, and the clash between science and fundamentalism, Shafak’s intricate novel brims with vibrant characters, intriguing adventure, and the lavish backdrop of the Ottoman court, where love and loyalty are no match for raw power.

Praise for The Architect’s Apprentice by Elif Shafak

“An impressive achievement, a novel populated by swashbuckling soldiers, mysterious Gypsies and more than a few guileless courtesans.  It’s also a love poem to the cosmopolitan beauty of Istanbul. . .As she traces these characters’ colorful stories, Shafak unfurls what may be her most accomplished novel –and is certainly her most expansive.”–The New York Times Book Review

“There is great beauty in Shafak’s evocations of the era, and the novel can be read as a series of fascinating vignettes on the relationship between art and religion, creativity and devotion. . .Nowhere is the novel’s sense of place more deftly established than in Shafak’s passages on the character of Istanbul. . .Vibrant, fresh, and lively.” – The Washington Post

“A beautiful and intricately told tale of the bond between a boy and an elephant, set in 16th century Istanbul. . .a rogues’ gallery of memorable characters also contribute to the action.”–The Seattle Times

“[A story] of freedom, art, love, devotion and humanity. . .Jahan is well drawn and the scenes depicting his relationships with the elephant, Sinan, and the Princess Mihrimah are among the most satisfying in the novel.”–The Milwaukee Journal Sentinel

“Architecture is a powerful motif in Elif Shafak’s intricate, multilayered new novel, which excels both in its resplendent details and grand design. . .This edifying, emotionally forceful novel shows how hate and envy destroy, and how love might build the world anew.”—The Observer

“Shafak’s novel is a vigorous evocation of the Ottoman empire at the height of its power. . .a fascinating work in which building a fulfilling life can be as difficult as creating one of Sinan’s masterpieces.”—The Sunday Times

“At once epic and comic, fantastical and realistic. . .like all good stories, it conveys deeper meanings about human experience. . .The Architect’s Apprentice explores issues of power and bigotry, creativity and freedom, but is overarching theme is love. . .a carefully crafted work of imagination that both reveals and conceals its skill.  It will confirm Shafak’s reputation as a writer of impressive range, who quietly resists categorization and is not afraid to ask the big questions.”—Financial Times

“This is Shafak’s most ambitious novel yet, and it is her best – told with a generous humanity that will surely realign attitudes both to the imaginative possibilities of fiction and to the constructed reality of the world around us.”—The Independent

“Shafak paints a gorgeous picture of a city teeming with secrets, intrigue, and romance.”—The Daily Times

From the Hardcover edition.

ELIF SHAFAK is the most widely read female writer in Turkey and an increasingly active political commentator and columnist. Her books have been translated into more than forty languages. She lives in London and Istanbul with her family.