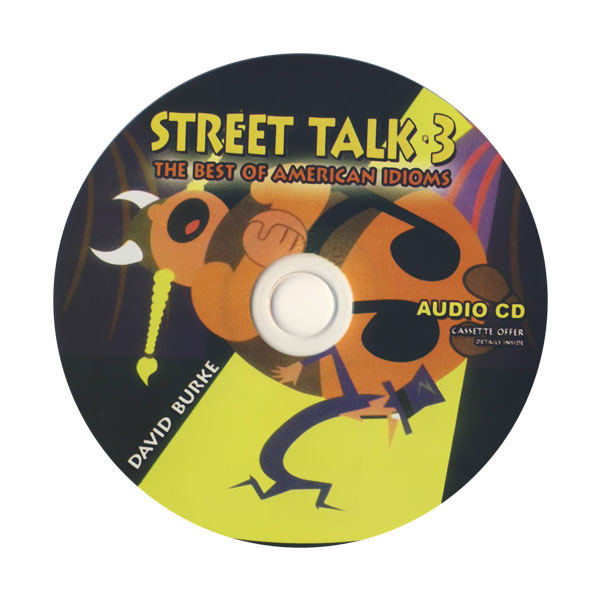 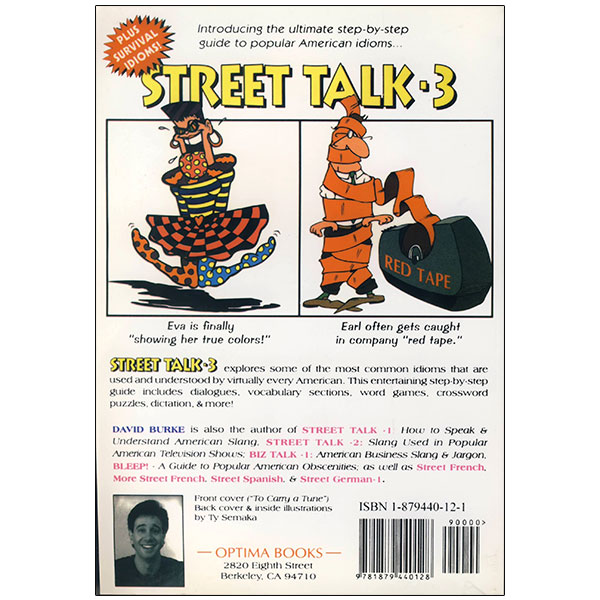 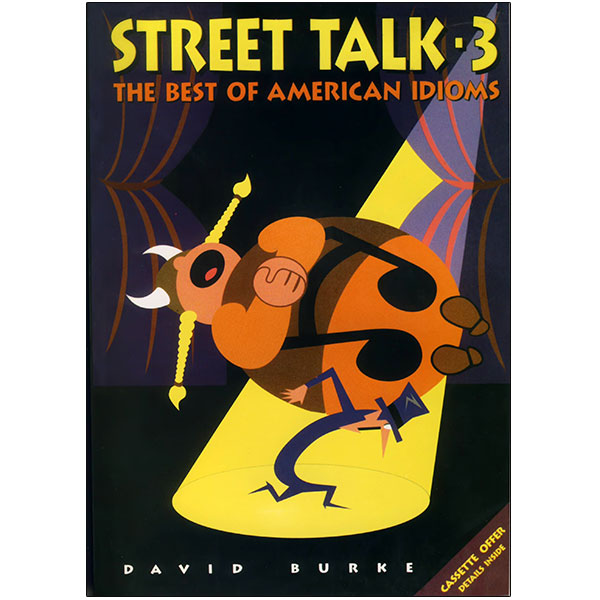 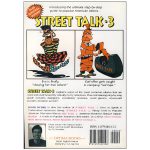 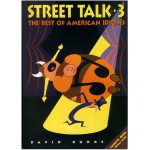 Street Talk 3 explores some of the most common idioms that are used and understood by virtually every American. This entertaining step-by-step guide includes dialogues, vocabulary sections, word games, crossword puzzles, dictation, and more.

Preface To the outsider, idioms seem like a confusing “secret” code reserved only for the native speaker of English. Idioms are certainly tricky beasts because it is the sum of all the words in the phrase which must be interpreted, not each word by itself. In other words, the listener must never confuse the literal translation of an idiom with the underlying meaning of what is really being expressed or symbolized. If you are told “Get me a pizza…and step on it!” you are not being instructed to go trample on a round piece of cheesy bread. You are simply being told to hurry, since “step on it” refers to “pressing down on” the accelerator of a car. In addition, a common idiom such as “to bend over backwards” has nothing to do with acrobatics or flexibility. It’s simply a colorful way of conveying that someone has to expend a great deal of effort in order to do something. example: I bent over backwards trying to help Richard translation: I exerted a great deal of effort trying to help Richard In short, idioms are simply an imaginative and expressive way to communicate an idea or thought. In order to be considered proficient in English, idioms must be learned since they are consistently used in books, magazines, television, movies, songs, American homes, etc. For the non-native speaker, learning the information in Street Talk 3 will equal years of living in America and reduce the time it takes to absorb the intricacies of slang and colloquialisms. For the American, you’re in for a treat as we explore the evolution and variations of some of the most common and hilarious idiomatic expressions that have been with us, and will stay with us through the years. Street Talk-3 is a self teaching guide made up of fourteen chapters, each divided into four primary parts: Dialogue: Ten popular American idioms (indicated in boldface) are presented as they may be heard in an actual conversation. A translation of the dialogue in standard English is always given on the opposite page followed by an important phonetic version of the dialogue as it would actually be spoken by an America. This page will prove vital to any non-native since, as previously demonstrated, Americans tend to rely heavily on contractions and shortcuts in pronunciation. Vocabulary: This section spotlights all of the slang words and expressions that were used in the dialogue and offers two examples of usage for each entry, including synonyms, antonyms, and special notes. Practice the Vocabulary: These word games include all of the new terms and idioms previously learned and will help you to test yourself on your comprehension. (The pages providing the answers to all the drills are indicated at the beginning of this section.) Dictation (Test your oral comprehension): Using an optional audio cassette (see coupon on back page), the student will hear a paragraph containing many of the idioms from the opening dialogues. The paragraph will be read as it would actually be heard in a conversation, using frequently contractions and reductions. Note: Some chapters offer a special section where the reader will be given an up close look at common idioms pertaining to a specific category such as alliterations, repeating words, proverbs, and survival idioms.

At the end of each five chapters is a review exam encompassing all of the words and expressions learned up to that point. If you have always prided yourself on being fluent in English, you will undoubtedly be surprised and amused to encounter a whole new world of phrases usually hidden away in the American-English language and usually reserved only for the native speaker…until now! David Burke Author

**”SLANGMAN” DAVID BURKE**
LANGUAGE AND CROSS-CULTURAL EXPERT, PUBLIC SPEAKER, AWARD-WINNING AUTHORBEING BROUGHT UP IN A MULTI-LINGUAL HOUSEHOLD, David Burke used his language skills as a tour guide at Universal Studios in Hollywood, California, giving tours in English, French, Italian, and sign language. His love of language inspired him to delve into the intricacies of words and led him to become a prominent author of more than 100 books on understanding slang and idioms in different languages, as well as books that teach kids foreign languages through fairy tales. His materials on slang and idioms are currently used as course curriculum by Berlitz International, UCLA, Harvard University, NYU and Hewlett Packard, and even by the writers of The Simpsons to give Bart his coolness.HAVING BEEN TRAINED SINCE THE AGE OF FOUR AS A CLASSICAL PIANIST, David became the in-house music director for the Los Angeles Olympic Organizing Committee where he composed and scored documentaries, commercials, and public service announcements featuring top stars in Hollywood.

IN 1986, DAVID FOUNDED SLANGMAN PUBLISHING which specializes in materials that teach children foreign languages, as well as products teaching teens and adults slang and idioms in a variety of languages.

IN 1999, DAVID BECAME KNOWN WORLDWIDE AS SLANGMAN to an audience of over 250 million people in 120 countries due to his regular 6-year segment on Voice of America (VOA), the broadcast network of the United States government.

CURRENTLY, David has fused all of his language, musical, and performing talents together to create “Hey Wordy!,” a children s TV show on PBS Kids (www.heywordy.com), which introduces children ages 3+ to the world of foreign languages and cultures in an environment of music, animation, and magic.