Orwell draws on his years of experience in India to tell this story of the waning days of British imperialism. A handful of Englishmen living in a settlement in Burma congregate in the European Club, drink whiskey, and argue over an impending order to admit a token Asian.

Imagine crossing E.M. Forster with Jane Austen. Stir in a bit of socialist doctrine, a sprig of satire, strong Indian curry, and a couple quarts of good English gin and you get something close to the flavor of George Orwell’s intensely readable and deftly plotted Burmese Days. In 1930, Kyauktada, Upper Burma, is one of the least auspicious postings in the ailing British Empire–and then the order comes that the European Club, previously for whites only, must elect one token native member. This edict brings out the worst in this woefully enclosed society, not to mention among the natives who would become the One. Orwell mines his own Anglo-Indian background to evoke both the suffocating heat and the stifling pettiness that are the central facts of colonial life: “Mr. MacGregor told his anecdote about Prome, which could be produced in almost any context. And then the conversation veered back to the old, never-palling subject–the insolence of the natives, the supineness of the Government, the dear dead days when the British Raj was the Raj and please give the bearer fifteen lashes. The topic was never let alone for long, partly because of Ellis’s obsession. Besides, you could forgive the Europeans a great deal of their bitterness. Living and working among Orientals would try the temper of a saint.”

Protagonist James Flory is a timber merchant, whose facial birthmark serves as an outward expression of the ironic and left-leaning habits of mind that make him inwardly different from his coevals. Flory appreciates the local culture, has native allegiances, and detests the racist machinations of his fellow Club members. Alas, he doesn’t always possess the moral courage, or the energy, to stand against them. His almost embarrassingly Anglophile friend, Dr. Veraswami, the highest-ranking native official, seems a shoo-in for Club membership, until Machiavellian magistrate U Po Kyin launches a campaign to discredit him that results, ultimately, in the loss not just of reputations but of lives. Whether to endorse Veraswami or to betray him becomes a kind of litmus test of Flory’s character.

Against this backdrop of politics and ethics, Orwell throws the shadow of romance. The arrival of the bobbed blonde, marriageable, and resolutely anti-intellectual Elizabeth Lackersteen not only casts Flory as hapless suitor but gives Orwell the chance to show that he’s as astute a reporter of nuanced social interactions as he is of political intrigues. In fact, his combination of an astringently populist sensibility, dead-on observations of human behavior, formidable conjuring skills, and no-frills prose make for historical fiction that stands triumphantly outside of time. –Joyce Thompson

From the Back Cover

In this caustic, fast-paced novel about the waning days of British imperialism, George Orwell draws on his years of experience in India, the country of his birth. The story focuses on a handful of Englishmen living in a small settlement in Upper Burma. They congregate in the European Club, drinking whiskey and arguing over an impending order to admit a token Asian.

GEORGE ORWELL (1903-1950) was born in India and served with the Imperial Police in Burma before joining the Republican Army in the Spanish Civil War. Orwell was the author of six novels as well as numerous essays and nonfiction works.
0/5 (0 Reviews) 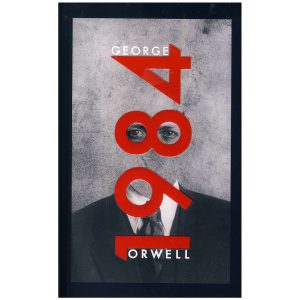